Founded in 1968, Anneliese Schools are dedicated to the idea that all children are capable learners who need to be challenged by their school to learn-and to be confident enough to take risks.

Our goal is to bring out the very special talents of each child and to allow him or her to realize their highest potential.

A Message from Our Founder

As an educator I have noticed time and time again that children who are free to learn without pressure become more confident and balanced people and prove to be successful in their careers and in social conditions. Children whose parents or caregivers encourage their growing and learning without a reward system feel that their parents trust them as learners.

In turn, children begin to take responsibility for their own learning and try their best at whatever academic and social situation they encounter in school. They want to do their best, not because they want approval, but because they have made a commitment to themselves.

I do not in any way suggest that parents remove themselves from their children’s learning experience. On the contrary, parents should play an active role in the intellectual, creative and social development of the child and provide a rich, stimulating environment. Children inherently flourish in an environment where love, support and encouragement are present.

The ultimate purpose of this message is to remind you to enjoy your children’s wonderful development as they grow as human beings. Each child is born with a talent or a strength that we as educators and you as parents must discover and encourage. Every child is unique in their development; this includes reading, writing, and other cognitive processes. We must allow each child to unfold as both a human being and a learner in their own time while providing safe support systems.

We can raise intelligent, productive, balanced children if we give them a chance to find their own way, with their own rhythm. Our greatest contribution as parents and educators is to raise children who have a wonder for life and a love for learning. 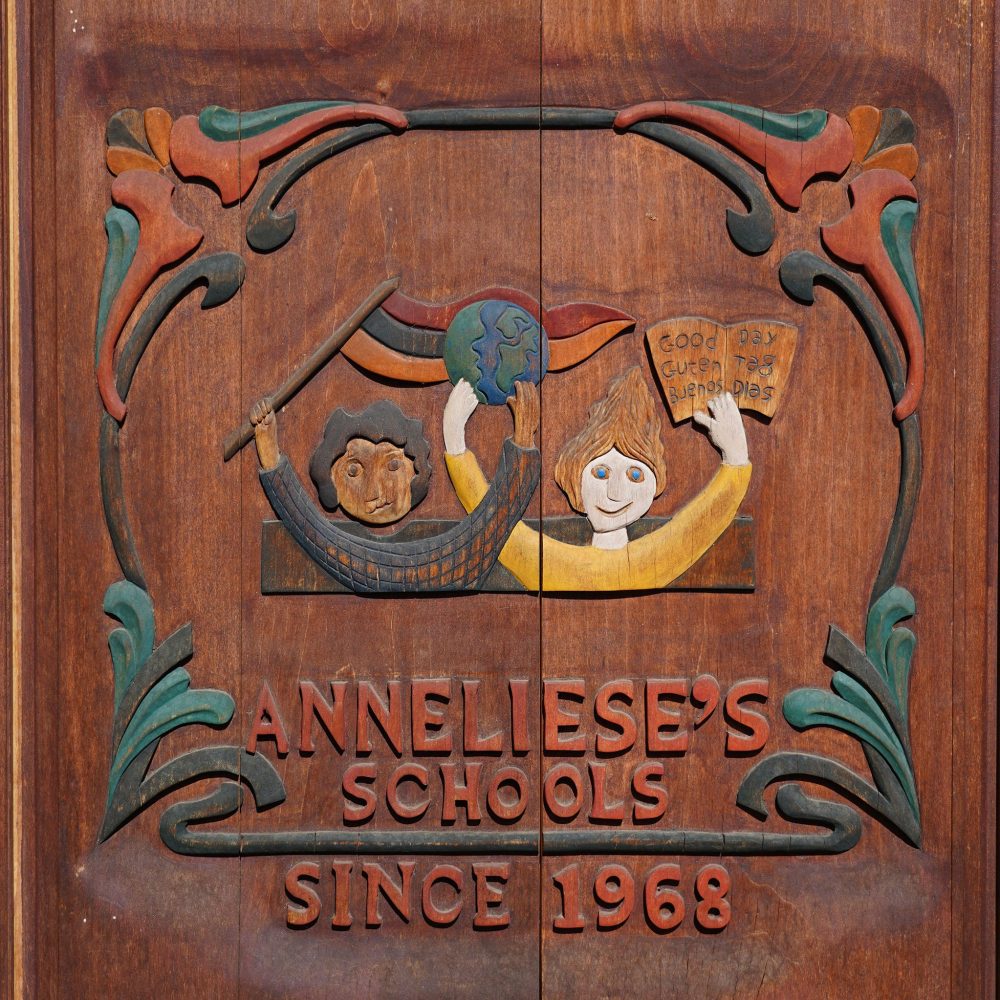 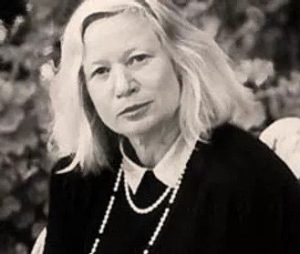 A Life-Long Dream, A Colorful and Inspiring History

Since 1968, Anneliese Schools have provided a very unique and inspiring environment for education of the whole child. To fully understand the history of our school, it’s also necessary to appreciate the background of our founder, Anneliese Schimmelpfennig.

Raised in post-war Bavarian Germany by a loving family of modest means, Anneliese Krempl was an intelligent and strong-willed child who rebelled against the dictatorial structure of her school at an early age. In her heart and spirit, she nurtured a life-long love of learning and a dream: to found a very special school in America one day. For many years, she diligently gained her basic education as intern teacher at an orphanage, a pediatric assistant at the University Clinic of Munich, and as a private governess. She then studied pedagogy at the teacher’s college of The University of Munich by day, working as a chef at an elegant restaurant by night.

During this time, she met an American scholar, Paul Schimmelpfennig, a graduate student from Princeton University who had been awarded a study-abroad fellowship in Munich. Paul was offered an assistant professorship at the newly established University of California at Irvine, while Anneliese was offered a prestigious position as Director of the GieBen School for troubled children, administrated by the Red Cross.

Paul and Anneliese decided to marry and live apart until Anneliese could join Paul in California, after fulfilling her one-year contract at GeiBen. It was at GeiBen that Anneliese further developed many of her trademark approaches to teaching, helping troubled children from all walks of life overcome inner traumas and realize their own unique potentials. Upon completion of her term at GeiBen, Anneliese came to Laguna Beach in 1967.

In 1968, Anneliese’s lifelong dream of founding her own school was realized in a small studio garage on Brooks Street in downtown Laguna Beach. The school quickly outgrew the space, and Paul and Anneliese bought the house next door for expansion that same year. Enrollment quickly increased as more parents heard of this wholesome, earthy daycare.

By 1971, word about Anneliese’s School was spreading throughout Orange County.  The Los Angeles Times featured an article on the school, “A Preschool in Tune with the Times,” describing the budding enterprise as a perfect match for the philosophical and practical values of southern California. Once again, the school was expanding.  Anneliese and Paul found a beautiful 17-room Mediterranean revival estate on a half-acre lot—and the Manzanita Campus was lovingly created.

The public response to the Manzanita Campus was glowing. The Los Angeles times featured an article on the school, “A Small World,” saying that Anneliese and Paul had quickly “transformed the grounds into a fairytale world that send the memory reeling back to walks in Bavaria, to stories about Huckleberry Finn and the adventures of Robinson Crusoe.”  Within two years, Anneliese’s School at Manzanita became the most sought-after preschool in Laguna Beach.

The demand for Anneliese’s School continued to grow.  By the 1980’s, the Manzanita campus was no longer large enough. Coincidentally, a former elementary school on Wesley Drive in South Laguna became available. Various clients, including local artists, aerobics classes, Regional Occupation Programs and Anneliese Schools leased the classrooms. In 1983, a local group headed by St. Mary’s Episcopal Church sought to purchase the school in order to convert it into 71 low-cost senior housing units.  With her signature insight and creativity, Anneliese made a strong argument for allowing the pre-school and the senior housing to co-exist. And so the Aliso School came to be.

During the 80’s, the beauty and uniqueness of Anneliese Schools continued to draw a large following and generate long waiting lists. Keeping with the times, the staff expanded and the course of instruction became more formalized, structured and organized—including a unique foreign language program. By the late 80’s, the demand for Anneliese Schools once again exceeded the available space.

For some time, Anneliese had her eye on a magnificent five-acre compound property in Laguna Canyon called the Utsava Rajneesh Meditation Center, also known as the Bhagwan Temple. Anneliese called the Bhagwan Temple upon finding out that the group had sold the property to a Newport Beach based developer. The property was still in escrow and she pleaded with the group to sell it to her instead. They were open to Anneliese’s plea and gave her a specified price. If she could raise the money within a few days, she could have the property. Gathering savings and a few strategic loans, Anneliese and Paul purchased the Willowbrook property in 1986.  Within months, the Willowbrook Campus was ready to open.

Today, Anneliese Schools continue to set the standard in Orange County for private “whole child” education. With a unique curriculum that cultivates all nine intelligences, as well as inspiring environments and seasoned educators to help young hearts and minds come alive, Anneliese Schools lead the way in helping children realize their full potential as human beings.

At Anneliese Schools, we define ourselves, not so much by rules and systems or measurable outcomes for our students, but by the values we seek to exhibit collectively, consistently, and courageously. Following Anneliese Schools’ trio of core values, we have added additional behavioral and learning values that we cultivate in community. For all of the educators, parents, children and administrators who work and learn at Anneliese Schools, our values provide us with a basic framework for how we aspire to act and communicate.

The three core values of Love, Freedom and Self-Discipline, provide the cornerstone of our education.

As a trio, these values define the essential style of Anneliese Schools: imaginative, colorful, exuberant, but also maintaining a sense of routine, orderliness and respect. These values are fully interdependent. For example, one cannot enjoy Freedom without Self-Discipline, and one cannot teach Self-Discipline without Love.

Anneliese Schools believe that both teachers and parents love for the children radiates into them and models for them how to be kind to each other. Love and discipline go together. Children need tools to become self-realized adults; they need discipline to make the most of themselves. When the children know they are loved, you can then expect from them self-discipline, and an engagement in the learning material you present them.

Anneliese Schools seeks to teach children that freedom is not chaos, but that it is something different. Freedom does not mean giving children free reign, or allowing an environment in which there is an absence of discipline and structure. Rather, freedom means watching children with a careful eye, while at the same time allowing them to make mistakes and feel experiences out for themselves. Anneliese Schools believes that freedom is the natural, exploratory, curious instinct in a child. Because this is innate in children, adults simply need to create an atmosphere in which children feel free to explore and take risks with learning, allowing them to come to their own conclusions in their own ways, and on their own time.

Children generally associate discipline with feeling controlled, and being punished. We encourage our teachers to help children develop self-discipline for their own benefit. It is a tool for self-knowledge, a way for students to understand their own humanity, and to explore the world safely. These children don’t require as much external direction, but feel secure enough to make decisions for themselves, and strong enough to explore their interests. When children learn how to discipline themselves, they understand how to try, how long to try and when to stop.

We hold students up to high standards for behavior and respect here at our School. Our behavioral expectations are modeled on the following values:

We encourage and greatly appreciate parents’ efforts to reinforce the value system of the school at home. This provides children with consistency and healthy guidelines for behavior, and creates unity between the messages children receive at home and at school.